Providing the patients with expert treatment and care...

Department of Gastroenterology treats your severe medical problems. The professionals are committed to provide health care services to patients with digestive system problems. 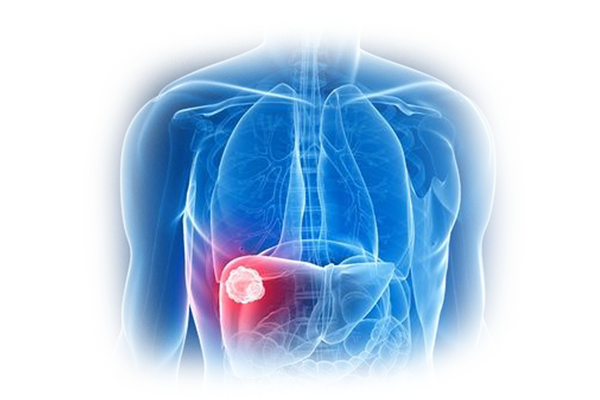 Irritable bowel syndrome is a disorder that leads to abdominal pain and cramping, changes in bowel movement, and other symptoms.

Symptoms range from mild to severe. The major symptoms include:

There is no known cause of IBS. It is believed to be the result of an infection of the intestines.

The objective of treatment is to relieve symptoms. Lifestyle changes can be helpful in some cases of IBS. For example, regular exercise and improved sleep habits may reduce anxiety and help relieve bowel symptoms.

Your doctor may prescribe anticholinergic medicines to control intestinal muscle spasms. Dietary changes can be helpful such as avoiding large meals, avoiding foods and drinks that stimulate the intestines, and increasing fiber in diet.

Celiac disease is a unique permanent autoimmune disorder where ingestion of gluten results in damage to the small intestine in some genetically predisposed individuals. It is unique because we know that gluten drives this auto-immune response.

This results in multiple nutritional deficiencies and manifests itself in various ways. There are more than 200 symptoms associated with celiac disease, which include but are not limited to:

Many patients could be having mild disease or even be asymptomatic.

A triad of conditions are required for development of Celiac disease - genetic predisposition, gluten exposure and a trigger, which has not been identified yet. This trigger can get activated at any age and hence this condition may manifest itself for the first time anytime from infancy to 90 years of age.

Like many other parts of the world, celiac disease is suspected to affect 1% of our population too, especially in North India, where wheat forms the staple diet. So far, it is being diagnosed more often in children. Some individuals are at a higher risk of developing celiac disease than others: relatives of individuals with celiac disease, people with other autoimmune conditions and genetic conditions. The diagnosis rate is low at present but is increasing exponentially with increased awareness amongst the medical and the patient community.

The diagnosis of celiac disease is based on signs and symptoms, blood tests, biopsy and a positive response to the gluten free diet. tTG-IgA is the most commonly used screening blood test for this condition (total serum IgA test is also necessary since in IgA deficient people, tTG test will not be accurate and other tests will be needed).

Duodenal (intestinal) biopsy interpreted by an experienced pathologist is necessary for the diagnosis. It is important to note that gluten consumption for a period of 8-12 weeks prior to testing is essential to obtain an accurate result on the biopsy. A positive response to the gluten free diet confirms the diagnosis. Keep in mind that the tTG antibody is in itself not enough to make or refute the diagnosis of Celiac disease.

The treatment for this condition currently is purely dietary – eliminating gluten ingestion for life. Gluten is a protein found in wheat, rye and barley and intake of even a small quantity of this protein is not allowed. One bread crumb has 1000 times more gluten than permissible! Keep in mind that no part of the wheat grain is safe and there is no known process currently available that makes this soluble protein less antigenic and safe for consumption for these individuals. Oats are also considered unsafe for two reasons – one, it is very often contaminated with wheat and secondly, about 10% of individuals with celiac disease will not tolerate pure oats either.

The intestine starts healing after gluten is removed from the diet. The healing process may take a few months up to two years. However, the individual starts to feel better much sooner, mostly within 2 weeks. There is visible improvement in symptoms, especially gastrointestinal symptoms, as the intestine starts to recover. tTG count starts to reduce too, though it may take 1-2 years to normalize.

If undiagnosed or untreated, celiac disease can result in complications like anaemia, weakness, stunted growth, malnutrition, lack of stamina, liver disease, osteoporosis, infertility, cancer and can promote the development of other autoimmune conditions.

Likewise, accidental or intentional ingestion of gluten, even in small amounts, once in a while, may or may not result in immediate symptoms but can cause intestinal damage that can result in the above mentioned complications. It is therefore important to adhere to a strict lifelong gluten free diet and undergo the recommended follow up consultation, including an annual tTG test, to understand if there is any significant ingestion of gluten taking place.

There are many nutrient dense gluten free grains – jowar (sorghum), bajra (pearl millet), rajgira ( amaranth/ ramdana), ragi (finger millet/ nachni), makka (corn), kuttu (buckwheat) and rice,which are easily available in India and have been traditionally used in our regional cuisines. In addition, availability and usage of some of the inherently gluten free items like daals, vegetables, nuts, seeds and spices in our cuisines, offer huge variety of gluten free food options. But the lack of accurate knowledge about the presence or absence of gluten in packaged food products and lack of gluten free dining out options remain primary areas of concern in maintaining a strict gluten free diet for most individuals with celiac disease in India.

It will be our endeavour to continuously interact with the industry to impress upon them the need for gluten free labelling, availability of packaged gluten free products and safe dining out options.

Providing specialist support on gluten free diet to India's first gluten free camp for children is our first initiative in this regard.

Watch this space to learn more about our other initiatives.

This type of cancer starts in the large intestine (colon) or the rectum (end of the colon). This cancer results from the uncontrolled cell growth in the colon or rectum, or in the appendix.

You have a higher risk for colon cancer if you:

The treatment of colon cancer depends on several factors including the stage of the cancer:

Esophageal cancer is a malignant tumor of the esophagus, the muscular tube that moves food from the mouth to the stomach. There are two major types of esophageal cancers: squamous cell carcinoma and adenocarcinoma.

The symptoms of esophageal cancer include:

Its major causes are:

The treatment is determined by the cellular type of cancer (adenocarcinoma or squamous cell carcinoma vs. other types), the stage of the disease, the general condition of the patient and other diseases present.

In case patient cannot swallow at all, an esophageal stent may be inserted to keep the esophagus patent. A nasogastric tube may be necessary to continue feeding while treatment for the tumor is given, and some patients require a gastrostomy (feeding hole in the skin that gives direct access to the stomach). The latter two are especially important if the patient tends to aspirate food or saliva into the airways, predisposing for aspiration pneumonia.

Esophagectomy is the removal of a segment of the esophagus; as this shortens the length of the remaining esophagus, some other segment of the digestive tract (typically the stomach or part of the colon or jejunum) is pulled up to the chest cavity and interposed. If the tumor is unresectable or the patient is not fit for surgery, palliative esophageal stenting can allow the patient to tolerate soft diet.

Hirschsprung's disease is a congenital disease which refers to the blockage of the large intestine due to improper muscle movement in the bowel.

Symptoms that may be present in newborns and infants include:

There is no exact cause of Hirschsprung’s disease. It is believed that this disease occurs when nerve cells that surround the colon don’t form completely.

Hirschsprung's disease is treated with surgery to remove the portion of the colon that has no ganglia cells.

In children who are severely affected, a doctor may choose to complete the process in two steps. First, the doctor will remove the abnormal portion of the colon without ganglia cells and perform an ostomy. This involves creating a small hole (stoma) in the child's abdomen and connecting the top, healthy portion of the colon to the stoma. Stool then leaves the body through the stoma into a bag that attaches to it, allowing the lower part of the colon to heal. A stoma bag must be emptied several times a day. Ostomy may include:

Ileostomy. In ileostomy, the doctor removes the entire colon and connects the small intestine to the stoma.

Colostomy. In colostomy, the doctor leaves part of the colon and attaches this to the stoma.

Inflammatory bowel disease (IBD) is typically a group of inflammatory conditions of the colon and small intestine. The main forms of IBD are Crohn's disease and ulcerative colitis (UC).

The main difference between Crohn's disease and UC is the location and nature of the inflammatory changes. Crohn's can affect any part of the gastrointestinal tract, from mouth to anus (skip lesions), although a majority of the cases start in the terminal ileum. Ulcerative colitis, in contrast, is restricted to the colon and the rectum.

Its common symptoms include:

There is no exact cause of IBD. IBD is called an idiopathic disease (disease with an unknown cause). Possible causes may be:

The treatment of inflammatory bowel disease depends on its form. IBD may require immunosuppression through prednisone, TNF inhibition, azathioprine (Imuran), methotrexate, or 6-mercaptopurine to control the symptom. More commonly, treatment of IBD requires a form of mesalazine.

Severe cases may require surgery, such as bowel resection, strictureplasty or a temporary or permanent colostomy or ileostomy.

A peptic ulcer, also known as PUD or peptic ulcer disease, is the most common ulcer of an area of the gastrointestinal tract that is generally acidic and extremely painful.

Small ulcers generally do not cause any symptoms. Some ulcers can cause severe bleeding.

Treatment involves a combination of medications to kill the H. pylori bacteria (if present), and reduce acid levels in the stomach.

Patients who are taking non-steroidal anti-inflammatories (NSAIDs) may also be prescribed a prostaglandin analogue (Misoprostol) in order to help prevent peptic ulcers, which are a side-effect of the NSAIDs.

Perforated peptic ulcer is a surgical emergency and requires surgical repair of the perforation. Most bleeding ulcers require endoscopy urgently to stop bleeding with cautery, injection, or clipping.

Surgery for digestive diseases has witnessed several path breaking developments over the last 2 decades. With advancements in the available surgical technology several existing procedures were refined and a number of innovative operations were introduced. To assimilate these developments, surgery for cancers and benign diseases of the digestive tract has evolved as the superspeciality of Surgical Gastroenterology (SGE).

The emergence of specialized SGE centers committed only towards the management of digestive tract ailments led to an improved understanding of various disease processes and their treatment. With centralization of digestive disease patients in SGE facility, seemingly complex and hitherto infrequently performed procedures were performed with ease, in high volumes and with significant reduction in the incidence and severity of procedure related adverse events. Together with an early recognition and better management of remaining such events there was an overall superior postsurgical and long-term outcome at dedicated SGE facilities.

The advantages of SGE centers are not restricted to patient care alone. These facilities have had a positive impact in training of future surgical gastroenterologists and in the field of research. Many of the current clinical practices have been extensively researched and are supported by a high level of evidence.

Some of the common disease entities managed / operative procedures routinely performed under the domain of Surgical Gastroenterology include:

Minimally invasive techniques are utilized during the performance of these procedures as indicated. Staging laparoscopy for GI cancers, laparoscopic cholecystectomy & appendectomy are routinely performed