The Shanti Gopal Department of Neurology is one of the largest in the world. It includes specialized experts who are well-trained in movement disorders, epilepsy, dementias and other cognitive conditions, stroke and cerebrovascular diseases, neuro-oncology, multiple sclerosis and demyelinating disorders, autoimmune neurology, paediatric neurology, neurophysiology, headache, neuromuscular diseases, peripheral nerve, sleep neurology, and speech pathology

These care providers work together to assess and treat people making the most of advanced techniques and technologies. 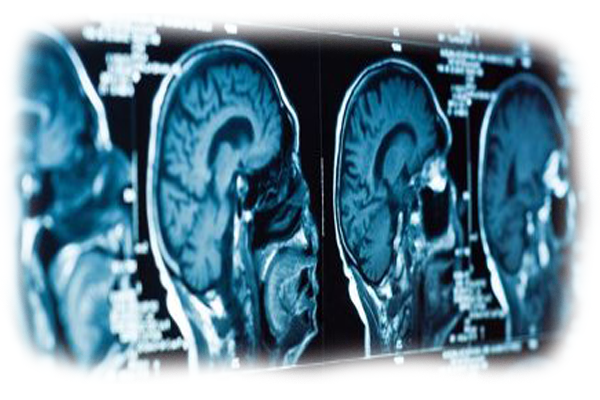 Amyotrophic lateral sclerosis, or ALS, is a disease of the nerve cells in the brain and spinal cord that control voluntary muscle movement. ALS is also known as Lou Gehrig's disease.

The symptoms of ALS do not appear until after age 50, but they can be seen in younger people. Major symptoms include:

In about 10% of cases, the disease is caused by a genetic defect. However, the cause is unknown in the remaining cases.

There is no known cure for ALS. Treatments to control other symptoms include:

Apraxia is a disorder of the brain and nervous system in which a person is unable to carry out tasks or movements when asked, even though:

Symptoms of apraxia of speech include:

Apraxia is caused by damage to the brain. The most common causes are:

Speech and language treatment may include:

A brain tumor is defined as an abnormal growth of cells within the brain or the skull vault. Brain tumors include all tumors inside the cranium. They are created by an abnormal and uncontrolled cell division, usually in the brain itself, but also sometimes in lymphatic tissue, in blood vessels, in the cranial nerves, in the brain envelopes (meninges), skull, pituitary gland, or pineal gland and from congenital vest cells.

Brain tumors are classified depending on:

The symptoms of brain tumor depend on tumor’s size, location, its spread, and whether there is swelling. The most common symptoms are:

The cause of primary brain tumors is still unknown. There are many possible risk factors including:

When a brain tumor is diagnosed, a team is formed to assess the treatment options which is presented to the patient and his/her family. Given the location, stage, and type of the growth, these are the various types of treatment options that are either used in isolation or as a combination procedure.

Complete or partial resection of the tumor/growth/clot. Besides removing the tumour, surgery is also done for the following neurological disorders:


In times when disease and conditions spread and overlap beyond specific disciplines, our endeavor is to provide you with comprehensive and complete care under one roof. Therefore, one can get access to the following surgical techniques at Max Institute of Neurosciences.

Endovascular Neurosurgery is performed for the following conditions:

The most commonly used treatment for brain tumors where the tumor is irradiated with beta, x rays or gamma rays.

It is typically a group of disorders that can involve brain and nervous system functions, such as movement, learning, hearing, seeing, and thinking. There are different types of cerebral palsy such as spastic, dyskinetic, ataxic, hypotonic, and mixed.

A complete neurological exam is critical. In older people, test for cognitive function is very crucial. Its symptoms include:

Cerebral palsy is caused by injuries or abnormalities of the brain. Premature infants have a slightly higher risk of developing cerebral palsy. Its major causes are:

There is no permanent cure for cerebral palsy. The objective of treatment is to help the person be as independent as possible.

Epilepsy is a common and diverse set of chronic neurological disorders characterized by recurrent and unprovoked seizures due to alterations in structure / brain function.

The symptoms of epilepsy vary from person to person. The most common signs are:

The most common causes of epilepsy include:

Epilepsy is usually controlled, or cured, with medication. At Max Institute of Neurosciences, we use the following programs to monitor and control Epilepsy.

This is a kind of disorder characterized by chronic widespread pain and allodynia, a heightened and painful response to pressure. With fibromyalgia syndrome, the following symptoms commonly occur together:

The symptoms of fibromyalgia syndrome are:

The cause of fibromyalgia is currently unknown. Some causes may be:

The Department of Physiotherapy & Rehabilitation offers a unique experience by combining clinical expertise with an integrated approach to treat fibromyalgia from medications to ease pain, fatigue, and sleep problems to physical therapy, relaxation modalities, and regular exercises.

Headache is defined as pain in any part of the head including face & neck. There could be numerous reasons of headache - as the cause. There are different types of headaches including tension headaches, migraine headaches, and cluster headaches.

Headaches should be managed professionally as they can be a sign of something serious to your health. Overuse of medication can lead to other issues that can be harmful for your body.

The most common causes of headaches are:

A dedicated clinic, The Max Headache Clinic (kindly hyperlink to the clinic page/pdf), will be set up to provide excellent diagnosis and treatment of headaches.

Multiple sclerosis affects women more than men. The problem is mostly found between ages 20 and 40, but can occur at any age. Multiple sclerosis is caused by damage to the myelin sheath, the protective covering that surrounds nerve cells. Family history is another reason behind the onset of MS.

At Max Institute of Neurosciences, the goal of treatment is to control symptoms and help you maintain a normal quality of life through dedicated care and monitoring.

The treatment includes drugs for symptom control as well as preventive future attacks.

We have an exclusive Multiple Sclerosis Clinic that offers consultations, comprehensive diagnosis and therapies for the condition.

Neck pain is a very common medical condition found in people these days. Neck pain can arise from a number of disorders and diseases of any tissues in the neck. Common neck pain conditions are whiplash, a herniated disc, or a pinched nerve.

Major causes of neck pain include:

On your first visit to the physiotherapist, he or she will first determine exactly how serious the problem is. Once the most likely cause of your problem has been determined (your diagnosis has been made), you and your healthcare professional can decide on a treatment plan. One of the keys to managing back pain or neck pain is to actively engage in rehabilitation and exercise. Physical therapy helps place patients on the right track by exercising weak points and regaining strength that may have been lost.

An exercise programme should be tailored to the individual's condition and pain level, and include a combination of stretching, strengthening and aerobic conditioning. Knowing the right exercises and how to find the right trainers can be the difference between recovery and chronic pain.

The physiotherapist works to remove the cause of the damage to the spine and prevent further occurrence. Physiotherapy therefore aims to identify:


Physiotherapy then aims to correct these problems by:

It is a disorder of the brain that leads to shaking (tremors) and difficulty with walking, movement, and coordination. Symptoms may be mild at first. For instance, you may have a mild tremor or a slight feeling that one leg or foot is stiff and dragging.

Symptoms may affect one or both sides of the body, and can include:

This disease most often occurs after age 50 and is one of the most common nervous system disorders of the elderly. Parkinson's disease occurs when the nerve cells in the brain that make dopamine are slowly destroyed. In the absence of dopamine, the nerve cells cannot function properly which leads to the loss of muscle function. The damage gets worse with time. Exactly why these brain cells waste away is unknown.

At Max Institute of Neurosciences, the goal of treatment is to control symptoms & make the patients able to carry out the daily living independently with us of various medicates & delaying progression.

Parkinson’s disease is a kind of disorder in which the affected person feels tremors or shaking. It is a degenerative disorder of the central nervous system.

Symptoms may affect one or both sides of the body, and can include:

This disease most often develops after age 50. It is one of the most common nervous system disorders of the elderly and affects both men and women. Its major causes are:

There is no known cure for Parkinson’s disease. The objective of treatment is to control symptoms.

Medications are used to control symptoms by increasing the levels of dopamine in the brain. The department of physiotherapy and rehabilitation focuses on the restoration of function in people with a wide range of disabling injuries and illnesses. The therapist deals not only with the physical aspects of injury or disease but also on the person's social, emotional and vocational well-being.

A stroke, or cerebrovascular accident (CVA), is the rapid loss of brain function(s) due to disturbance in the blood supply to the brain. This can be due to ischemia (lack of blood flow) caused by blockage (thrombosis, arterial embolism), or a hemorrhage, i.e, rupture of blood vessel. As a result, within minutes the affected area of the brain cannot function, which might result in the inability to move one or more limbs on one side of the body, inability to understand or formulate speech, or inability to see one side of the visual field, deviators of face, difficulty swallowing /chewing.

The symptoms of stroke depend on what part of the brain is damaged. The most common symptoms include:

High BP is the most primary reason for strokes. The other risk factors include: