Having a healthy mind is just as important as healthy body...

Mental illnesses are serious disorders which can affect your thinking, mood, and behaviour. According to the government's statistics, one per cent of the population suffers from serious mental health disorders, while 5-10% of Indians suffer from moderate disorders. 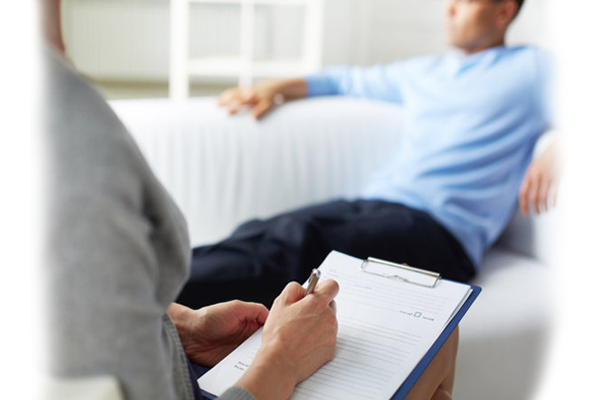 Depression can be described as feeling sad, unhappy, miserable, or down in the dumps. It is widely related to mood disorder in which feelings of sadness, loss, anger, or frustration interfere with everyday life for weeks or longer.

Symptoms of depression can include:

The exact cause of depression is not known and many studies suggest that depression is caused by chemical changes in the brain. Depression may be caused due to:

Some common treatment options for depression include:

Obsessive compulsive disorder is an anxiety disorder in which people have unwanted and repeated thoughts, feelings, ideas, sensations, or behaviour that make them feel driven to do something.

Several studies have shown that there are brain abnormalities in patients with OCD, but more research is needed. Some reports also suggest that OCD is related to head injury and infections.

Cognitive behavioral therapy (CBT) has been shown to be the most effective type of psychotherapy for this disorder.

Psychotherapy can also be used to:

Schizophrenia symptoms generally develop slowly over months or years. Other symptoms include:

A combination of genetic and environmental factors plays a major role in the development of schizophrenia.

Supportive therapy may be helpful for many people with schizophrenia.

Symptoms of Tourette syndrome can range from tiny, minor movements (such as grunts, sniffling, or coughing) to constant movements and sounds that can't be controlled.

This syndrome is related to problems in certain areas of the brain. There is strong evidence that Tourette syndrome is passed down through families, although the gene has not yet been found.

Patients with Tourette syndrome who have very minor symptoms are not treated because of the side effects of the medications.

Drugs used to treat tics include: